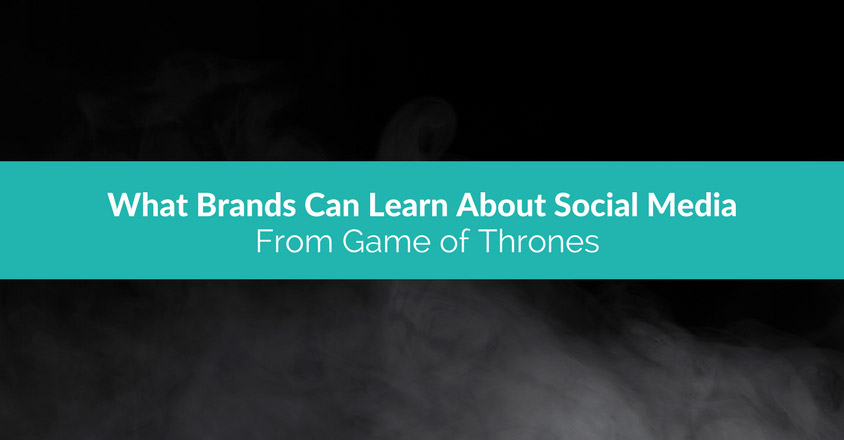 Social media doesn’t just emulate life. In some ways, it emulates television too, especially good television like Game of Thrones. If you’re a fan, read on to learn what Game of Thrones has to teach those of us who work with brands who strive for social media success. Not a fan yet? There’s still plenty to learn here. Read up, avoid the spoiler (towards the end), and then start watching.

Varys, aka The Spider, has little birds that bring him news. He can’t be everywhere at the same time, but his little birdies keep him on top of things. The same concept applies to social listening tools. You can’t be everywhere or listen to everyone on the Internet at all times. Skip the little birds, though, and use a social media monitoring tool, such as Radian6 or CustomScoop, to find out what people are saying about your brand and its products and services.

Step out of the Box and Try New Things

Life is pretty dull if you do the same things day in and day out. Jon Snow is a natural risk taker. First, he took up a post on The Wall, and in Season 3, he got frisky with Ygritte, a Wildling. He must later account for his actions (Season 4), but even then, he’s not content to settle for what’s always been done. Knowing that the Wildlings plan to strike Castle Black, with the White Walkers to up their odds, he argues for going on the offense rather than staying put to defend the castle. He also wants to seal the tunnel under Castle Black to keep enemies out.

Ser Alliser Thorne is adamant about staying put. His argument? They’ve never done it before, and they won’t do it now. Jon, on the other hand, is all about trying something new to get better results. Fortunately, for social media users, trying new things isn’t as risky as joining The Night’s Watch or fighting White Walkers. Be proactive about trying new initiatives in addition to continuing the tried and true. This is critical for reaching more of your target audience and keeping its members interested. As in the Game of Thrones, complacency has no place in social media.

Get a Great Team

Daenerys Targaryen, or Khaleesi (whatever you choose to call her), has something going for her that every business social media user should have. No, it’s not the ability to walk through fire, though that could come in handy. Instead, it’s an awesome team. The Dragon Queen Ladyhas a translator, advisors, a community manager, and an entire army of advocates. That army? She’s not dragging it along for the ride or threatening it into submission. Her soldiers are with her voluntarily because she won them over. You can do the same with members of your own audience, and they will become advocates of your brand.

Back in Season 2 of Game of Thrones, brave little Arya Stark made friends with Jaqen H’ghar and then managed to save his life. How did he return the favor (three times over)? Well, he offered to kill three people for her (because “only death can repay life”). While we certainly don’t advocate killing anyone, there is an important social media lesson to be learned from Jaqen H’ghar: Always give more than you get. Be generous with your retweets, shares, and promotion of your community’s content. Jaqen H’ghar received something valuable from Arya before he became a giver, but social media users should deviate a bit from his example. With social media, it’s important to start giving before you get anything in return. Still, the main principle is the same.

Show Them the Money

There’s so much we could learn from Tyrion Lannister in terms of using wit. But since we are still awaiting his fate in the season finale (or perhaps the next season premiere), it’s too soon to draw any parallels here. One thing we can learn for sure, though, is that money talks and, well, you know the rest. This is especially true when it comes to advocates. Tyrion has paid Bronn handsomely for his services. In exchange, Bronn has been a loyal and dedicated protector. I know you’re probably thinking of how {Warning! Warning! Spoiler alert! Skip to the end if you haven’t made your way through this season yet!} Bronn has decided not to testify for Tyrion at his trial. The same lesson applies here, though. Bronn received a better offer, and again we see what happens when you show them the money. Keep in mind, too, that even though Bronn is no longer Tyrion’s paid advocate, he isn’t testifying against him either. The takeaway? Yes, it’s nice when we get something for free, but value your advocates and compensate them well.

There’s one more thing you can learn from the characters of Game of Thrones: Always seize the day. Apply these tips today to make sure you won’t miss a single opportunity to grow your social media network and meet your business goals. 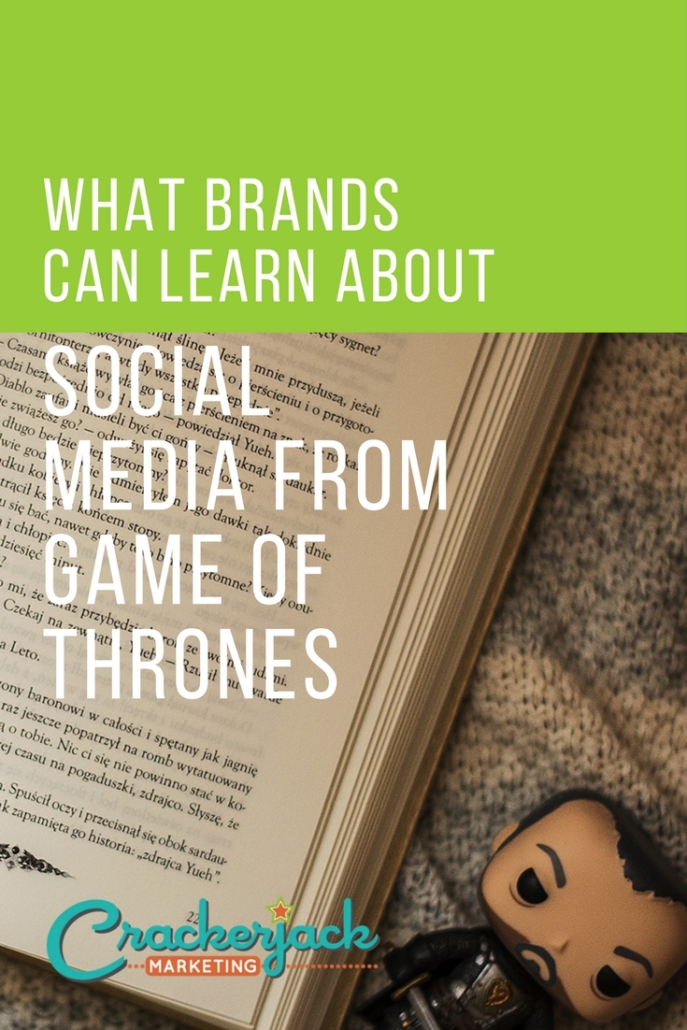 Vice President at Crackerjack Marketing
As Vice President of Crackerjack Marketing, Christina works closely with clients to develop and execute world-class social media strategies and creative influencer marketing programs. Her mantra is “measure, measure, measure!” because size really does matter - at least when it comes to growing her clients’ social media presences.