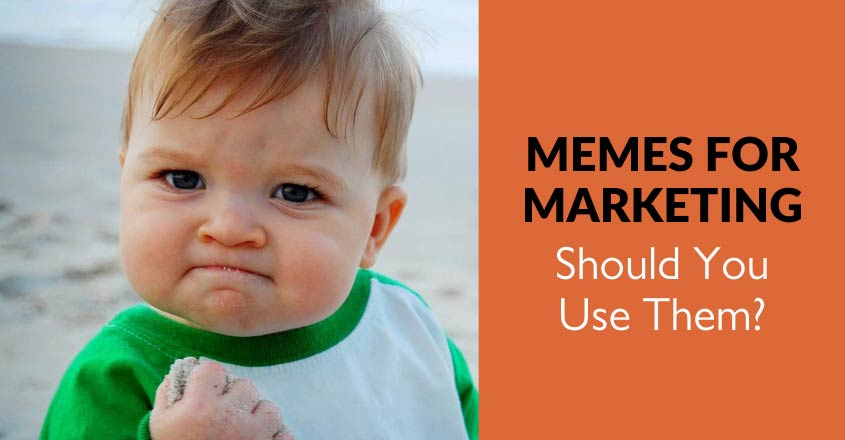 Is it possible to go a whole day online without seeing a meme? Wherever you look on social media, you find those amusing combinations of images and text sending a short, sharp message. Marketers can use memes in marketing, too.

Originally a meme was simply “an idea, behavior, style, or usage that spreads from person to person within a culture” (Merriam-Webster) but now it can be a piece of content – usually visual – that spreads quickly and may even go viral. A case in point: all the memes around Donald Trump, many of which focus on his hair and fake tan.

Getting Started with Memes

Using memes in your marketing can show that you’re in touch with what your customers are talking about. They can also give your brand some personality. For example, Grammarly has built an audience of more than 7 million by using images with grammar on Facebook and other social media channels. Several of these tap into popular memes.

Hubspot believes that memejacking is a great strategy for brands. That means hijacking a meme that you already know is popular and putting your own spin on it. That allows you to ride the trend while gaining more attention.

One tip: make sure you really understand what the meme is all about. Get it wrong and you could really hurt your image. Check out Mismeme on Reddit for some more examples. 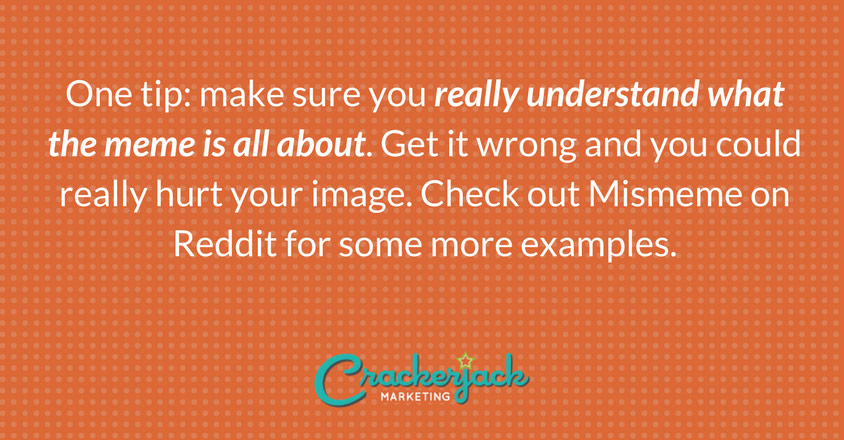 So, how do you use memes effectively in your marketing strategy? Here are some tips:

When creating memes, be careful about the copyright of the original images. If it’s not clear who owns them, you’d be better off creating your own. In fact, the Success Kid meme started when a photographer uploaded an image of her 11 month old son in 2007. People are still using this image for new memes today.

The final element you need for meme success is social sharing. Share your meme everywhere: on the main social media profiles and within groups. Don’t be afraid to share a meme more than once. The only exception is LinkedIn, where people generally expect more serious, business-related content. Other than that, use your normal content marketing workflow to help your memes to achieve their potential.

Used well, memes can be a useful part of your content marketing strategy so don’t be afraid to try them out. 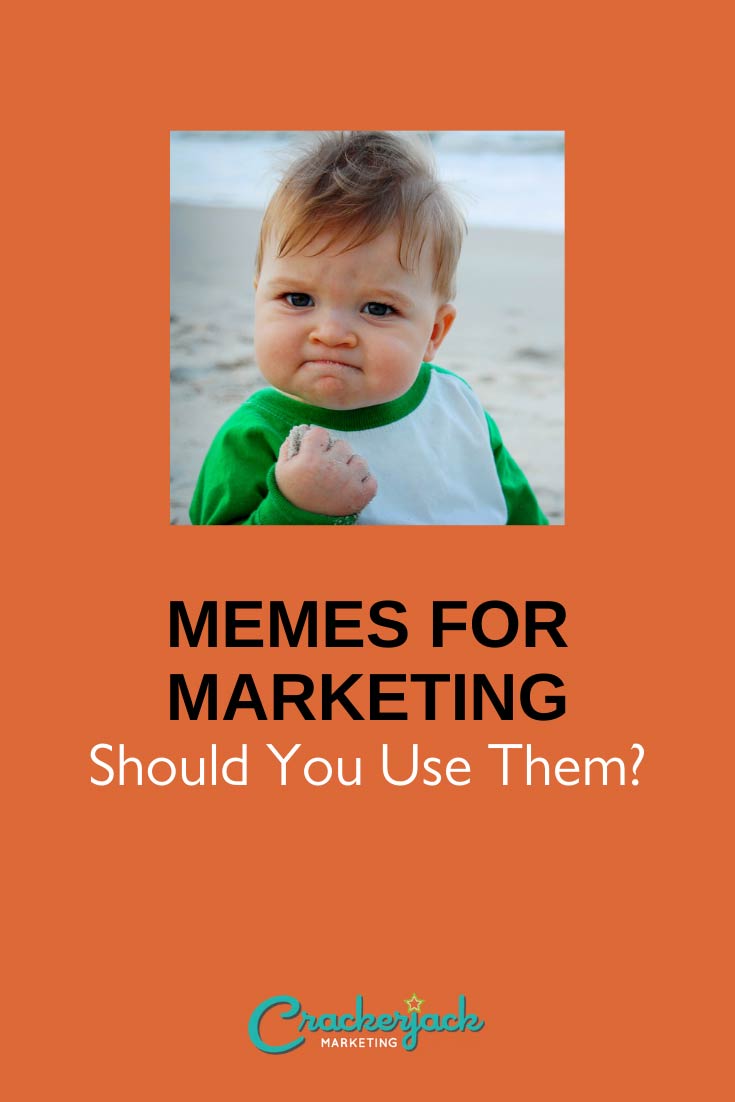 Social Media Tools for Collaboration, Organization and Creation We Love (and Use!)
21 Secrets to Getting More Blog Comments
How to Get the Most Bang for Your Buck with Content Marketing
Tales From the Crypt: Bringing Your Company Blog Back to Life
The Art of Content Curation and Making it Work for Your Brand
Content Marketing: 5 Goals for Your Business
The following two tabs change content below.