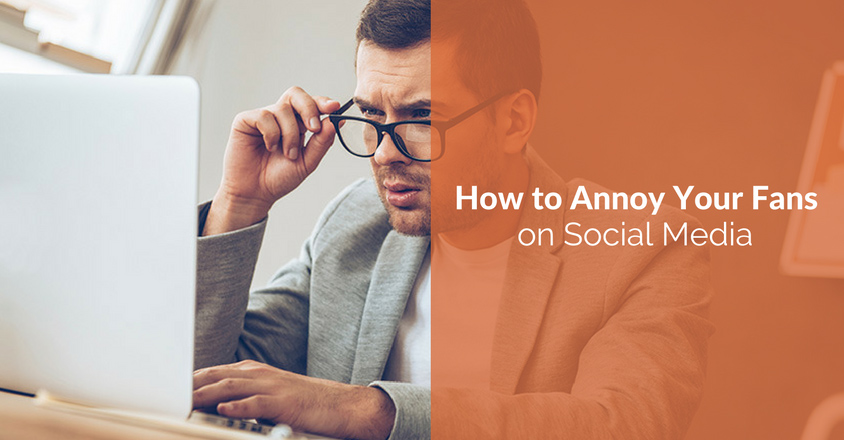 As in the brick-and-mortar world, it is surprisingly easy to develop social media bad habits. You know how you start out eating ice cream at midnight just a couple of nights per week? Then, before you know it, you’re eating a bowl of the good stuff every night before bed, and packing on the pounds. The same goes for social media. Bad habits snowball until your formerly interested fans wants to hear from anyone but you—anyone.

Often, we develop bad social media habits in the hopes of becoming more efficient and effective, but these no-no’s actually undermine our efforts. Here are 5 ways even smart business people annoy their audiences on social media. Take a look and pledge to avoid them at all costs:

Sure, it’s kind of cute when my dog does it, but it’s not so cute for brands try to employ the same tactic to get new followers.

Begging is one of the most common and annoying bad habits displayed on social media sites. Business people post or tweet something and then beg others to share it or retweet it. This comes across as overly self-interested and doesn’t even pretend to offer value for your audience. Of course, in most cases, you will get some people to share or retweet this way. This will generally work because they either always share when asked or feel sorry for you. Most people will simply ignore your request and perhaps even feel embarrassed for you. You’ll get on some people’s nerves so much that they’ll unlike, unfriend or unfollow you. Crap! And social media sites hate it too.

What to do instead: Share meaningful posts that provide value for your audience members, entertain them, and speak to their needs. Funny stories, awesome photos, and information they can’t get elsewhere will get the job done. And guess what? They’ll like, share and follow, not because you had the social media equivalent of puppy dog eyes but because you shared something worthwhile. 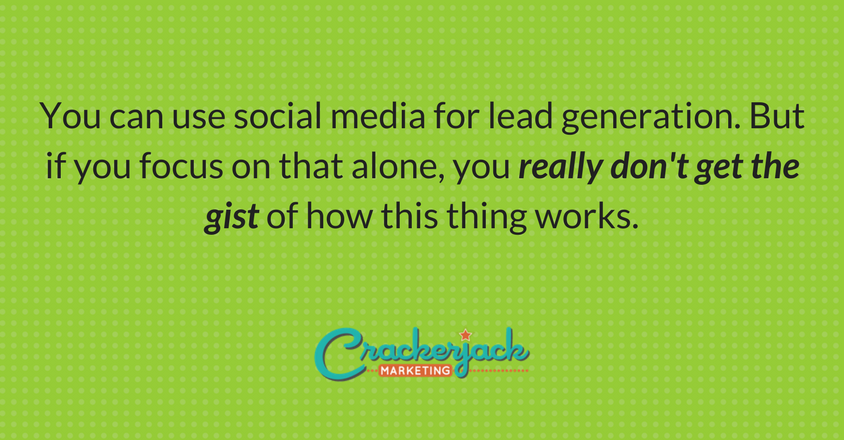 Everyone likes free stuff, but when it’s the overdone, you could be hurting your brand.

Social media is supposed to help businesses engage with their audiences, but many forget all about that in favor of giveaways or contests intended to boost likes. With this type of competition, you offer a prize just to get people to like your page or follow you. You might think you’re slick, but guess what? It’s not that hard to get your number. This is just a sneaky way to beg. And you’ll get out what you put into it. Many of those your contest attracts will simply stop following you once the contest ends. Repeat after me, “Less is more and just because you can doesn’t mean you should.

What to do instead: Use giveaways sparingly, so that your audience is really excited when the next one comes around. Focus on giveaways that encourage your audience to engage, such as by sharing how your products make them feel, what your company means to them, or even doing something cool, such as creating a new slogan, banner, or ad for your company.

Do your status update demonstrate that you’ve never met a hashtag you didn’t like?

Hashtags definitely have an important role in tweet categorization and the curation of content. They actually help double engagement. But there absolutely is too much of a good thing. Cramming your tweets full of hashtags is a no-no. You’ve seen them—the posts that almost seem to have more hashtags than actual content. Can you say super annoying? Even if all the hashtags are relevant, just don’t do it. Please.

What to do instead: Trim all that fat. Stick to a maximum of two hashtags per tweet. On a platform like Instagram, you can go with a couple more, but make four your maximum. You will have the urge to add in more. Others do it, right? Just say no. Your audience will thank you for it.

It is important to post regularly, so if you drop the ball for a bit, you may feel tempted to lay it on thick when you return. This is usually a bad idea. Sending a flurry of tweets or posting Facebook update after Facebook update in an effort to “fix” your mistake will only annoy your audience.

What to do instead: Just start posting on a regular schedule again, and try not to go AWOL any time soon.

If you’re a smart marketer, I may have just raised your hackles a bit. But, I’m talking about cross-posting automation here, not scheduling tools like Hootsuite.

Cross-posting automation. Yuck. Yuck. Remember that your best bet for social media success is tailoring your message to match each of the social media sites you use. You want to engage not broadcast, right? Syncing your cross posts is both lazy and spammy. A lazy spammer, who needs that? When you post this way, you tell your audience, you don’t care enough to speak to them personally. Think about it. You tweet 15 times in one day and have those messages cross over to Facebook. Those short messages feel awfully impersonal on Facebook, which has a much more personal feel. And to make matters worse, your audience can’t get away from all your stuff because you’ve gone ahead and clogged up their feed with it. Good job.

What to do instead: So you want to share messages over several different platforms? Take the time to post each one manually, crafting the content to fit the platform. Remember, you have a limited number of characters on Twitter but on Facebook, you can go wild. And keep in mind that with automated cross posting, images, links, and text don’t always appear the way you want them to. Entering them manually means you can make your posts more attractive and eye-catching too.

Which bad social media habits would you add to this list? What do businesses need to avoid? Share with us! 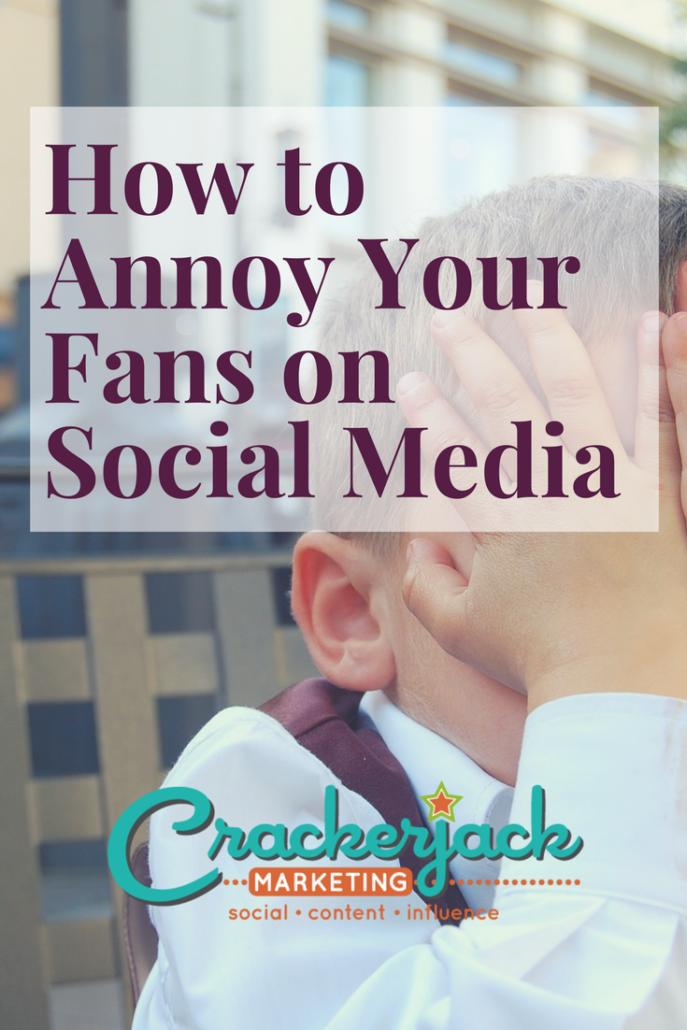 How to Use LinkedIn to Get New Clients
Who Owns the Blogger Relationship?
How To Schedule Your Tweets For Maximum Exposure
5 Things You Should Know About Facebook
How to Provide Great Customer Service Using Facebook
Is Facebook Right for Your B2B Brand?
The following two tabs change content below.

Vice President at Crackerjack Marketing
As Vice President of Crackerjack Marketing, Christina works closely with clients to develop and execute world-class social media strategies and creative influencer marketing programs. Her mantra is “measure, measure, measure!” because size really does matter - at least when it comes to growing her clients’ social media presences.