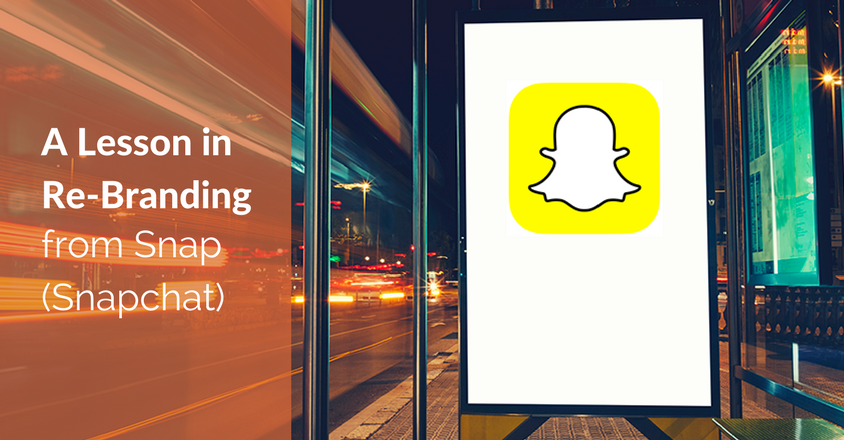 Yes, you read the title right, Snapchat is now Snap. A change of name in the fall told us that the brand is now planning on expanding itself to be more than a messaging network. Since its creation in 2011, Snap has been interesting, unique, entertaining, and fun! You know about the filters (maybe you have used the dog filter a time or two), the disappearing pictures, videos, and chats, the compilation of stories, memories, ads, spectacles, and discovering other news and current events.

Rebranding became necessary to Snapchat in the fall of 2016. You might find yourself in the same shoes now. You can’t hide from rebranding (and that’s a good thing), and you can’t ignore it. If you feel the pressing need to rebrand and don’t know where to start, take a page out of Snapchat’s book on the matter.

Lessons in Re-Branding From Snap

Snapchat rebranded flawlessly; we’re all wondering how they did it, and how we can do the same.

Don’t change too much too drastically. Snapchat dropped the “chat” indicating that they’re more than “chatting” now, but will still be the channel you know and love. Even when you hear “Snap,” you know who that is. Same color scheme, same logo, same basic identity, but they’re moving forward.

Keep your users guessing. Snapchat announced the new name first. The co-creators were clear in the changes and comforted users in the knowledge that more information was coming on the rebrand. There’s a fine line between leaving your users curious but excited and curious but frustrated. Your users like to see you innovating and moving forward, but they want to know about it in a plain and clear manner. They’ll wait to hear what you have next.

Decide what, how, and when new information gets released. Snapchat controlled the details in their announcements, creating the hype until the next installment of information. Users don’t like to be overwhelmed with new information. Make your rebrand exhilarating by giving a little here, and a little there. By keeping your hand on the plans, the rebrand is completely yours and yours alone.

Plan your timing. The timing of your rebrand may be more important than the rebrand itself. Create a schedule that you’re able to stick to with some flexibility if necessary. Refer to this schedule when users ask you what’s happening (because they will). Make this timing realistic as well, so you can stay on top of what you’re releasing (there’s the control) and do it promptly for you and your audience.

Release something new with a rebrand. I like to call this “tasting” because you’re giving your users a little taste of what’s to come. The first question they’re going to ask is, “What’s going on?” The second is, “What will this look like for me?” So you need to show them. Change for the sake of change isn’t always the best answer. Your users are going to ask why you’re changing and you need to know why and why they should get on board. Snapchat released Spectacles with their rebrand. They told us they wanted to be more than a messaging network, and they showed us how with Spectacles.

Be who you are. The greatest quality of Snapchat’s rebrand is their personality. They want to remain fun and still be familiar to their audience. How will your audience follow you into your new arena if they can’t recognize you? Completely changing who you are will almost guarantee you a loss of current users. Stay true to you, and you’ll reach your net wider to catch the audience you want, without dropping the audience you have.

Do what you say you’re going to do. Don’t make empty and lofty promises if you can’t deliver! If you say you’re going to release a new product on a certain day at a certain time for a certain price, do all you can to make that happen. If you’re presenting a name change, do it! Set yourself up for success by being timely, creating a release schedule, and making your promises simple. If you can’t follow through on your word, or you need more time to make it happen, just be honest! Users can be understanding and patient if external, unfortunate, and unexpected things happen because we all know they do.

I hope you’re thinking about looking into Snapchat (excuse me, Snap) for your brand or business now. I think that’s what Snap is hoping for with this rebrand, too. It’s no longer a channel for young people, but for everyone. Include how you’re now on Snapchat in your rebrand! You’re casting your net wider, staying true to yourself, giving users a taste of what they can expect, and keeping it exciting. Is it time for your brand to take a new turn? Let us know in the comments! 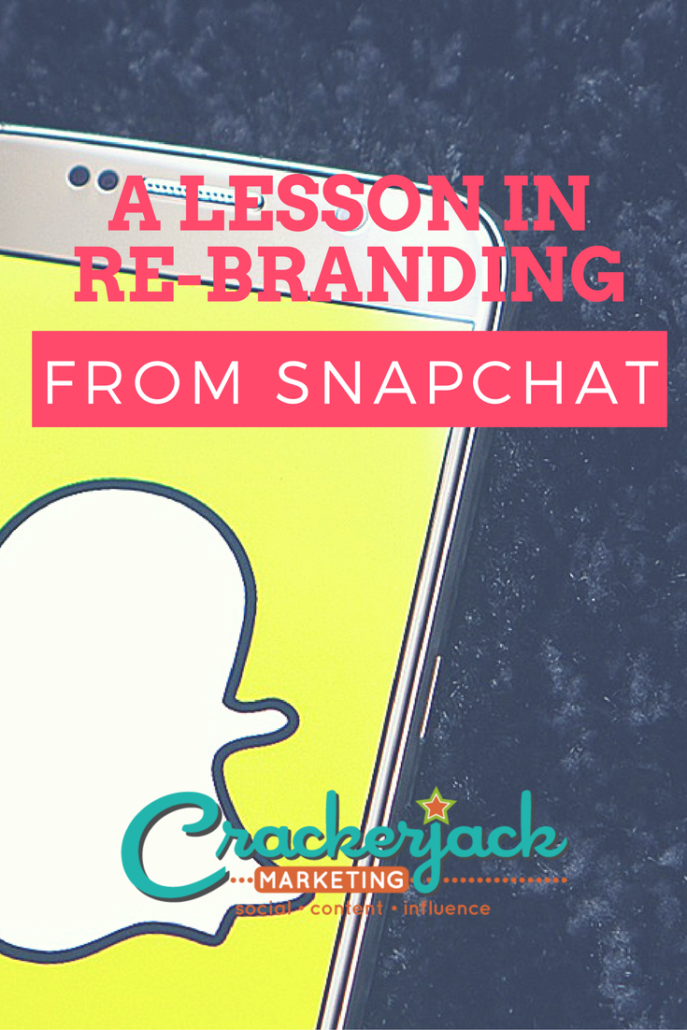