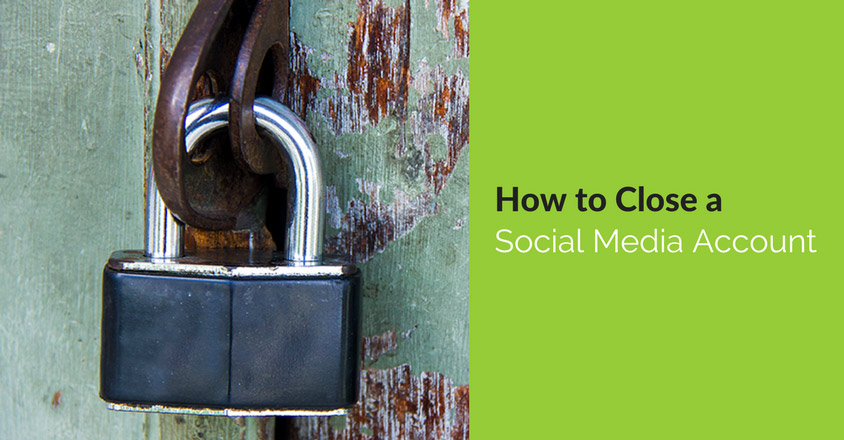 While it’s nice to think that we’d all finish what we start, sometimes it’s not that easy. You create a Facebook page for your brand because you’ve got a marketing coordinator with extra time, but poof – the headcount is cut. Or you convince your CEO to start Tweeting, and she loses interest after about six weeks. It can happen to any brand….but there’s a right way and a wrong way to bow out gracefully.

Just stop posting. That’s what Sears Beauty did on Facebook in June 2010. They currently have 441 fans, but who knows, they may have had more at the time. But they abandoned the page without even a goodbye. 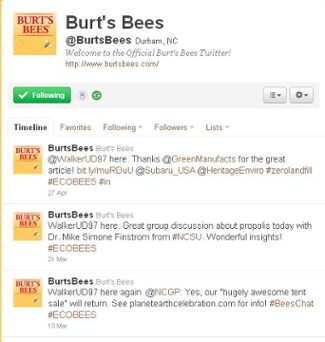 As you can see, they tweet only once every few weeks, and within the past few months they’re suddenly tweeting as some seemingly random guy, @WalkerUD97. Whoever he is. And they’re not even tweeting properly (using an @symbol at the start of the tweet….that’s a whole ‘nother blog post!). (As it turns out, Steve Walker is the Manager of Environmental Sustainability at Burt’s Bees – but you’d have to search for him and find his LinkedIn profile to know that.) Folks, if you can’t do it right, seriously, don’t do it at all.

You can exit a blog gracefully with a simple post and some information on where else to find your brand (or you). That’s what Jonathan Schwartz, former CEO of Sun Microsystems, did on his blog for Sun (now Oracle). 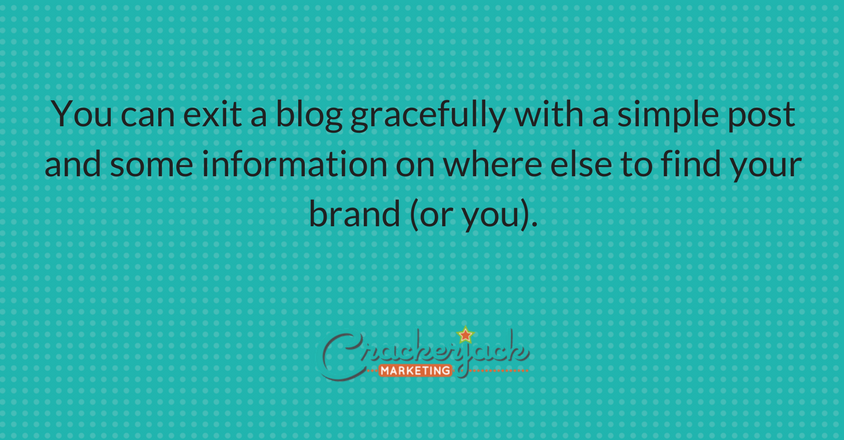 He tells us why he’s closing the blog (the Sun-Oracle merger), where to follow him and that he’s planning to reopen the blog after the dust settles. But the sad truth is that soon after this post, Jonathan was fired from Oracle, and exited via Twitter thusly: 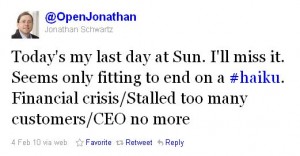 Unfortunately, even with all of his best intentions, his Twitter account became dormant back in September 2010. In this case, while it would have been difficult for a former CEO (or employee, if you’re one of the rest of us) to go back and re-update the blog, it would have been easy to close down the Twitter account in a better manner. Read on for some good ways to exit.

Jonathan Schwartz was so right in how he exited his blog, it’s too bad he didn’t carry through to exiting Twitter properly as well. The best way to exit is to say you’re exiting. If you’re shutting down a corporate blog, you can say so in a final post, with as much detail as you can give, and then stop posting. However, it’s imperative that you keep the blog content alive, because it’s earned you some search engine friendliness, and you don’t want to lose it.

You can’t shut down Twitter or Facebook, because you risk losing your brand names in those platforms. Twitter has released dormant handles in the past, so you need to be a tiny bit active to hold your place. And on Facebook, once you delete a page, you lose everything on it forever. So the best practice in both of these platforms is to put a placeholder in, indicating where else to find you. Do this every few months or so, until you’re ready to come back to it. Here’s a good example on Twitter from @InboxDollars: 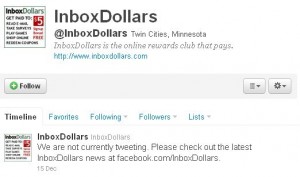 The same principle applies to Facebook – tell people where you’ve gone, why, and how else they can find you.

In the end, you’ll be saving some brand face, helping your most loyal fans, and making it easier for your team to reinvigorate those accounts somewhere down the road. We’ll talk more about bringing social media accounts back from the dead in another post, soon.

Do you have thoughts about how to mothball a social media account? Please share in the comments! 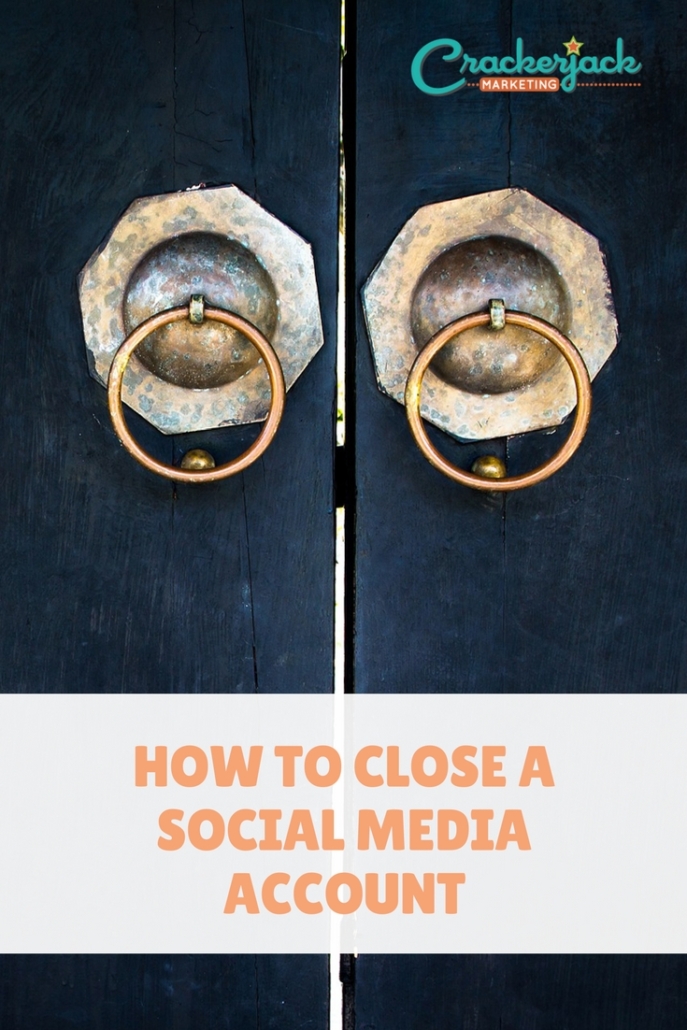