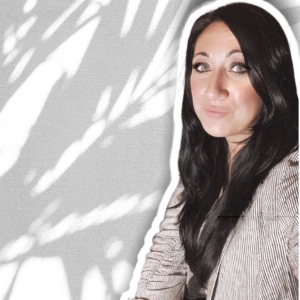 Nicole has spent several years in leadership positions with Fortune 500 companies in various capacities such as Direct Sales, Marketing Services, and Learning Development.  From helping iterate within on a small team that collectively became the most profitable unit operating as direct to consumer health insurance for individuals and families, and has invested her time advising and guiding the next generation of startup companies as the founder of Ms. Tech (acquired 2021).

In just under a year,  Ms.Tech was recognized in “Crain’s Guide to Networking” as one of “Six Great Tech Groups, practically guaranteed to commune with the scene’s best and brightest!”

Sharing her expertise, Nicole serves on select advisory and executive boards. She is a sponsoring member of the United Nations, UN Women, Social Enterprise Alliance, Internet Society, and OpenID.  Most recently Nicole was recognized as one of Chicago’s “Top 100 Innovators” by Tribune, awarded “Prominent Woman in Tech” by the Illinois Technology Association, 35 Under 35 Making an Impact,  among the 100 Most Inspirational Women by Today’s Chicago Woman, recognized as 2017 YWCA Promise Leadership Award, MAFA Masters Honoree as an “Industry  Entrepreneur Emerging Leader,” recognized as a 2016 Women Tech Leader by Chicago Woman Magazine, and among Huffington Post’s “Women In Tech.”

Nicole currently lives in Ohio with her yorkiechon, Arthur. When she’s not working she loves to travel and collect sea glass she makes into glass flowers,  glass succulents, sea creature wall art and other decor.